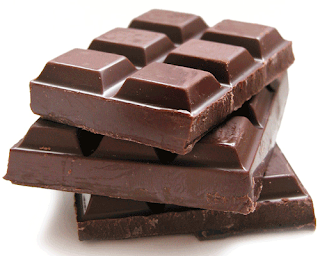 Chocolate is the world’s number one flavor. Chocolate as a food has a history going back  3,000 years. While its origins can be traced to Mexico, Central and South America, it has fans all around the world.

The process used to turn cacao into an edible delectable has several components. The first part including the harvest, drying and fermentation has remained more or less the same. The rest of the process has been modified through conching, blending and tempering to create a seemingly endless variety of chocolate that is used for truffles, cakes, ice cream, cookies, bars and much more. Chocolate has found its way into fashion and cosmetics. And yet in some places in the world it can still be used as a form of money, as it was in the past.

Whether on its own or blended as a subtle flavor,  Chocolate is used in countless food and drink worldwide. The demand for chocolate has reached a point where nutritional evidence is proffered to show that chocolate is needed by many and not just as a fleeting fancy of one’s taste buds.

Long ago, in Central America, chocolate was viewed as an aphrodisiac and the legend has grown. Special “holidays” such as Valentine’s Day, have been used to promote giving and sharing chocolate as a sign of love. Many countries have their own chocolate celebrations. In the country of Ghana, for instance, which is a major producer and exporter of chocolate, the government decreed that February 14 would henceforth become National Chocolate Day. The thinking behind this was that the associated Valentine’s Day celebrations were corrupting the youth of the country and that a focus on chocolate for that day would reduce the “wanton immorality” on the part of young people on that day. Personally, I’m not so sure that was a good idea. After all, chocolate has been considered an aphrodisiac for centuries. The Ghanaian government may have more to deal with than they bargained for.

If you've been reading this blog--or the news-- you know that chocolate comes with a surprising array of health benefits, various studies have shown that the chemicals in chocolate can boost your mood, lower your blood pressure and improve your cardiovascular health. The latest study says it may be able to prevent or slow Alzheimer's, but that's still in the study phase. Technically, chocolate is a vegetable, it comes from the cacao tree found in Central America and Western Africa. Of course, we all know how important it is to eat our vegetables, right?

Despite all this, Chocolate does have its detractors (clearly these people are no fun at all). The two main criticisms are that it contributes to obesity and to the development of acne. The fact of the matter is that any food eaten in excess will cause obesity, not just chocolate. It’s a matter of maintaining moderation; everything in your diet has its place, including chocolate. Chocolate has been shown to improve skin clarity, and there are several chocolate scrubs and creams. Many spas have specific chocolate treatments.

Personally, I think the most important benefit of chocolate is that it tastes good. Don’t we all deserve to enjoy a break once in a while with the world’s greatest taste? Even if chocolate were completely unhealthy, I’d argue the taste and psychological benefits would make it all worthwhile.

So remember, on October 28, feel free to celebrate National Chocolate Day without guilt and in whatever manner you see fit: Chocolate mousse, chocolate sauce, dark chocolate, white chocolate, the possibilities are endless!

Need a recipe? Skim back over the past 1066 (Yikes!) posts and make something chocolate today. No time? Buy a Truffle or Chocolate Croissant or grab a Chocolate Bar!  Happy Chocolate Day!
Posted by Janet Rudolph at 7:56 AM

I am in love with this blog!!

I agree with Doreen. :) This is one of my very favorite blogs. Happy National Chocolate Day, Janet!

Every time my cholesterol is checked my doctor continues to be amazed at my HDL (the good one) of 120. I attribute it to my daily consumption of dark chocolate - the heart healthy food!

Every day is national chocolate day in my house:-)

All hail the Aztecs and Mayans and everyone else who came up with the idea that cacao is edible! :)

Oh, now I need to send my daughters to Gertrude Hawk for some wonderful chocolates! Because you know that I love chocolate even though I do not eat chocolate baked goods.