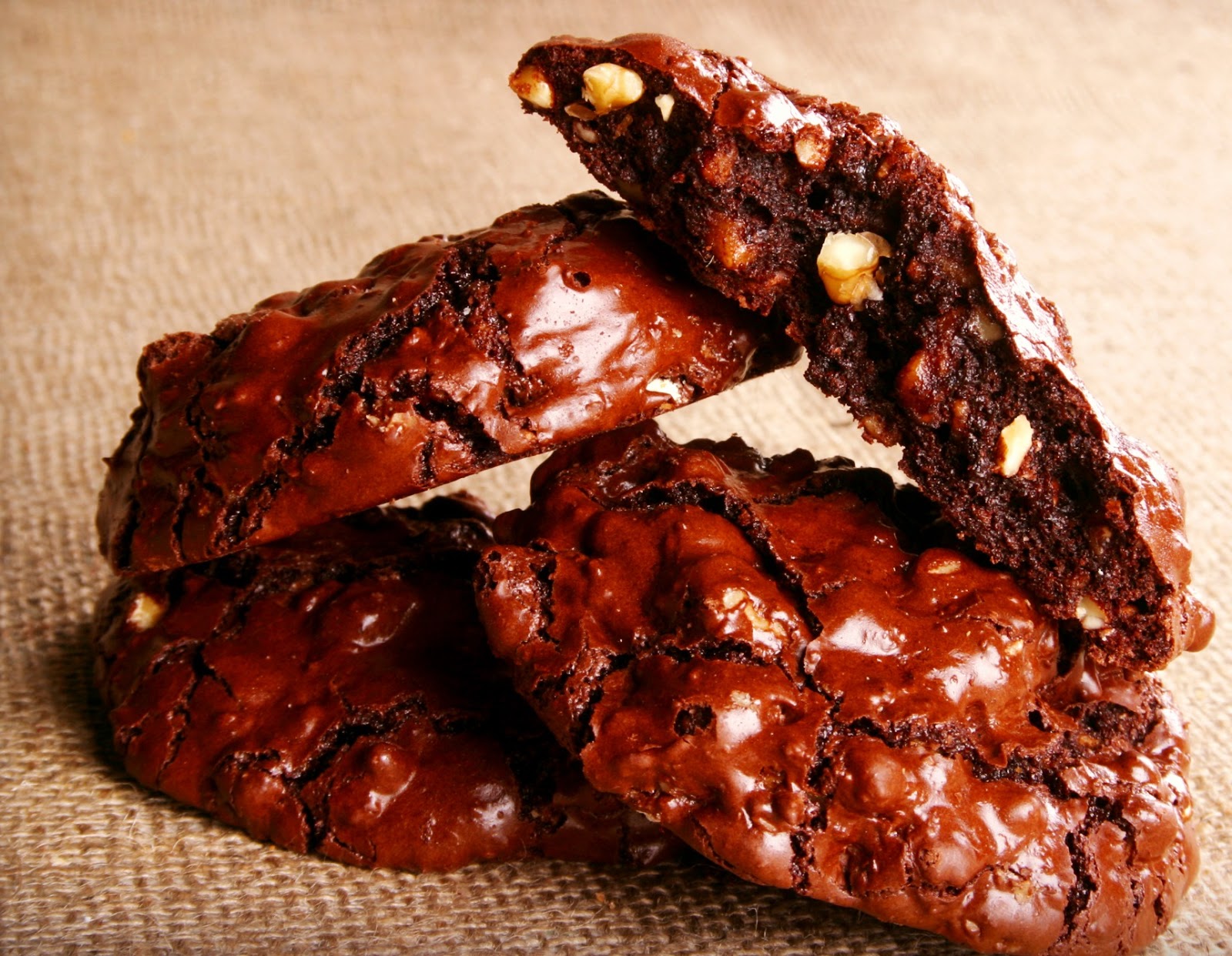 Top pastry chef Francois Payard makes keeping kosher for Passover look easy, offering a range of non-leavened, grain-free desserts for the holiday. This is a fabulous and easy recipe for Passover or any time. As always the quality depends on the cocoa! Thanks,  Chef Francois, for the recipe and photo!

Directions
Place a rack each in the upper and bottom thirds of the oven and preheat the oven to 350°F. Line two baking sheets with parchment paper or silicone baking mats.

Combine the cocoa powder, confectioners’ sugar, salt, and walnuts in the bowl of an electric mixer fitted with the paddle attachment. Mix on low speed for 1 minute.

With the mixer running, slowly add the egg whites and vanilla. Mix on medium speed for 3 minutes, until the mixture has slightly thickened. Do not overmix it, or the egg whites will thicken too much.

With a 2-ounce cookie or ice cream scoop or a generous tablespoon, scoop the batter onto the prepared baking sheet, to make cookies that are 4 inches in diameter. Scoop 5 cookies on each pan, about 3 inches apart so that they don’t stick when they spread. If you have extra batter, wait until the first batch of cookies is baked before scooping the next batch.

Put the cookies in the oven, and immediately lower the temperature to 320°F. Bake for 14 to 16 minutes, or until small thin cracks appear on the surface of the cookies. Switch the pans halfway through baking. Pull the parchment paper with the cookies onto a wire cooling rack, and let cool completely before removing the cookies from the paper. Store in an airtight container for up to 2 days.

François Payard is a third generation pastry chef, who, after honing his skills by his family’s side and in the finest pastry kitchens in France, moved to New York where he was named “Pastry Chef of the Year” by the James Beard Foundation. Francois Payard has won numerous awards, such as the “Ordre du Mérite Agricole” by the French Government in 2004, he became a member of Relais Desserts International in 2006, an association of the 85 best pastry chefs in the world and in 2010 received the Dom Perignon Award of Excellence.

Branches of Payard have opened at Caesars Palace in Las Vegas, Japan and Korea. In November 2009, the François Chocolate Bar opened in New York City. Described as “a chocolate jewelry shop,” this shop was devoted to Chef Payard’s chocolate creations. In September 2010, François opened FPB, a casual bakery on West Houston Street in downtown New York City. FPB is the first of several collaborative projects from François and restaurateur Marlon Abela of Marlon Abela Restaurant Corporation (MARC), whose portfolio also includes the A Voce restaurants in New York City, as well as other restaurants in the U.S. and London. A second location of FPB opened in Battery Park City in October 2012 and a third location opened in May 2012 at Columbus Circle. Francois opened his first FP Patisserie at the Plaza Hotel in the Todd English Food Hall in the spring of 2012. In October 2012, he opened his flagship location of FP Patisserie on the Upper East Side of Manhattan. FP Patisserie features an elegant bar, pastry shop and salon de thé.

Not just a chef, François is also the author of the popular cookbooks Bite Size: Elegant Recipes for Entertaining, Simply Sensational Desserts and Chocolate Epiphany: Exceptional Cookies, Cakes, and Confections for Everyone. His most recent cookbook, PAYARD DESSERTS, was released on October 29th, 2013.
Posted by Janet Rudolph at 7:07 AM

Thank you for posting. I made them smaller and got more, obviously. YUMMY recipe.