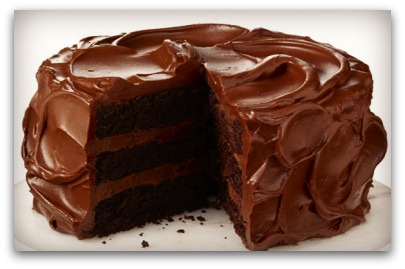 People always ask what's the difference between Devil's Food Cake and Chocolate Cake. It's a good question, and there are many different interpretations. Some recipes use cocoa, some melted chocolate, some add coffee or hot liquid, and some increase the baking soda. 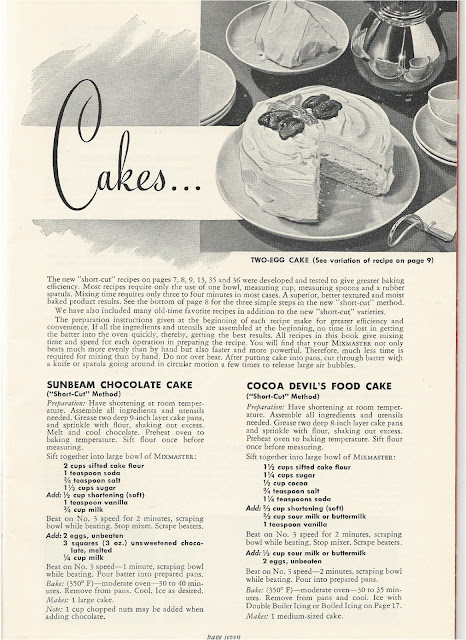 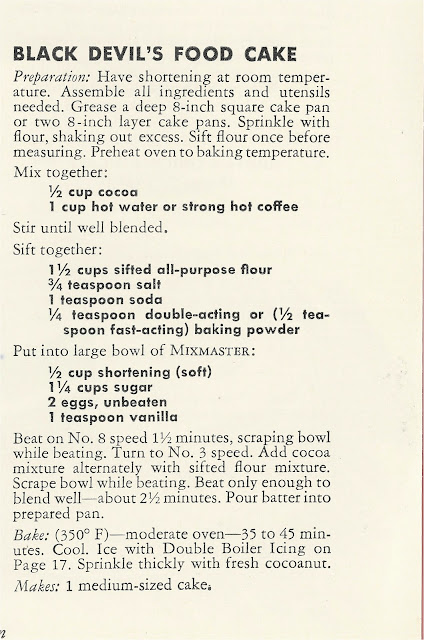 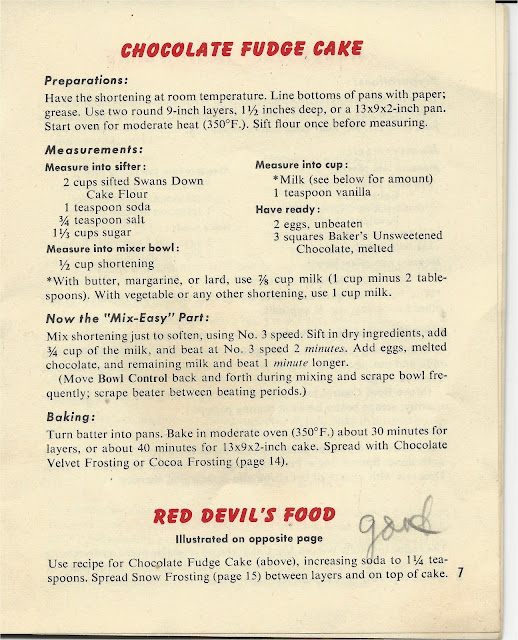 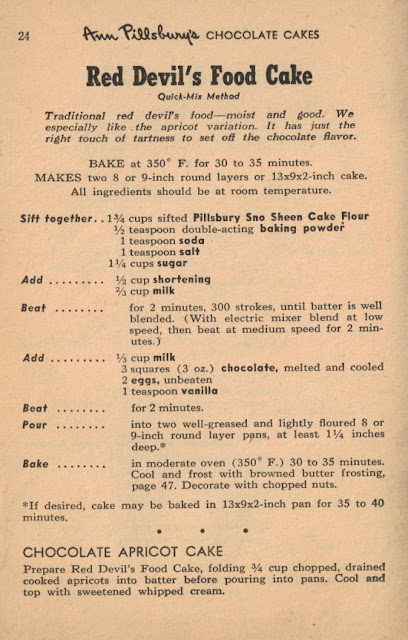 So what's the difference between Devil's Food Cake and Chocolate Cake? You decide.
Posted by Janet Rudolph at 8:23 AM

When I first saw this post in my sidebar, Janet, I thought I missed Devil's Food Cake Day. I've been missing a lot of food days lately:)

I don't know what the difference is and personally, I don't care. The one thing I object to in any kind of chocolate cake is red food coloring. I guess they call that Red Devil's Food Cake now but Ann Pillsbury's recipe has no dye:)

I'd take any one of these recipes and enjoy them right now if there weren't a pie in the oven, lol...