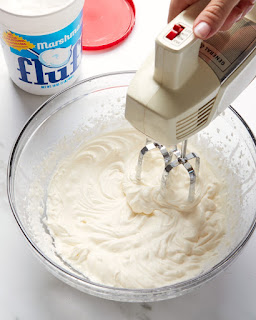 I'm partial to Whipped Cream on my Thanksgiving pies. In the past I've made chocolate whipped cream, white chocolate whipped cream, and, of course, plain sweetened whipped cream. Well here's one more, and I hope you'll try it. I found this recipe for Marshmallow Fluff Whipped Cream on the Epicurious site. You're going to love it on your Thanksgiving pies! I always have a jar of Marshmallow Fluff in my pantry for use with fudge and other chocolate desserts.

Not familiar with Marshmallow Fluff? 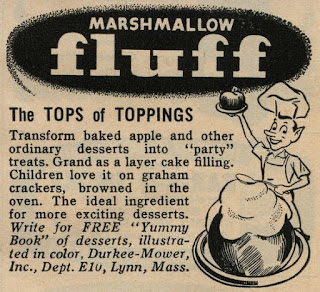