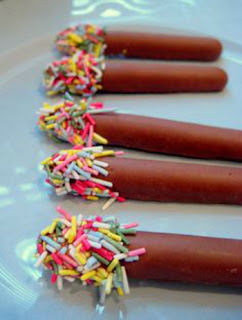 Guy Fawkes Night, aka Bonfire Night, is an annual celebration, primarily in Great Britain, traditionally held on the evening of November 5. Festivities are centered on the use of fireworks and the lighting of bonfires. Historically, the celebrations mark the anniversary of the failed Gunpowder Plot of November 5, 1605. Guy Fawkes Night originates from the Gunpowder Plot of 1605, a failed conspiracy by a group of provincial English Catholics to assassinate the Protestant King James I of England and replace him with a Catholic head of state. The survival of the king was first celebrated on 5 November 1605, after Guy Fawkes, left in charge of the gunpowder placed underneath the House of Lords, was discovered and arrested. During the Celebration, an effigy or "guy" representing Fawkes is ritually burnt on the bonfire.

Posted by Janet Rudolph at 9:03 AM