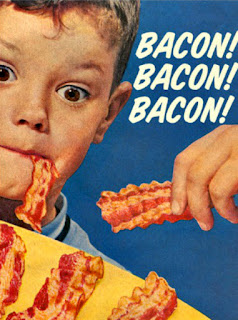 Today is National Bacon Day! I've posted several chocolate bacon recipes over the years because bacon provides a great saltiness that complements chocolate. I've even posted two Bacon Brownie recipes. But if two recipes aren't enough, here's a third. Recipe adapted from AllRecipes.com.  Of course, you can add more bacon if you'd like. I love that you caramelize the bacon in this brownie recipe. No time to caramelize or cook the bacon? Costco has a great deal on Bacon Crumbles made from real bacon! Just throw them into your favorite Brownie recipe! 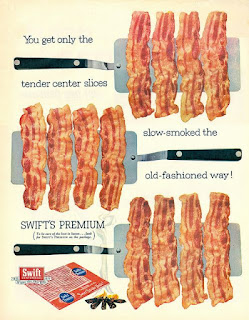