So Blizzard Jonas hit the East Coast. It may be too early to get out there and start throwing snowballs, but I thought this Retro Ad & Recipe for Snowballs is great for today. The Swift'ning Ad calls these cupcakes, but I grew up calling them Snowballs.

Swiftn'ing, by the way, was a lard-based product, developed by Swift & Company during the 1940s. It was marketed as an all purpose shortening and contained a mixture of both animal and vegetable fats. 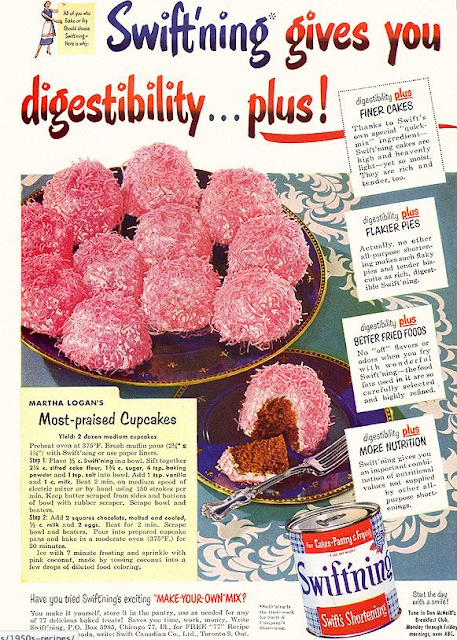 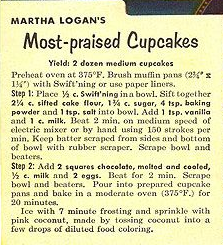 Posted by Janet Rudolph at 7:59 AM

We were pretty lucky, Janet. We didn't get much snow at all. However, if I were posting today I too would have looked for a snowball recipe, lol...Perfect timing and a GREAT ad!

Thanks, Louise, and glad you were spared...at least of more inches of snow. I have one more snowball recipe for today!