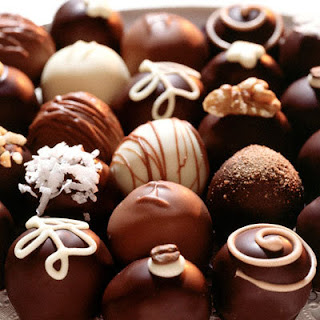 For those of you who suffer with migraines or know someone who does, there's good news! Researchers from Missouri State University say an animal study shows that dietary supplements of cocoa might repress inflammatory responses in the brain linked to migraines.

I'm not surprised by this. Chocolate and red wine seem to be too food items that people think trigger migraines. However, whenever I get a migraine, I eat chocolate or drink red wine (if it's afternoon.. I still can't get past that) or drink a coke. It works for me.

This study on the benefits of chocolate and migraines was presented at the International Headache Society's 14th Congress in Philadelphia several years ago. Basically the result shows that consuming a diet enriched with 10 percent cocoa increased levels of anti-inflammatory compounds in the brain, as well as repressing levels of pro-inflammatory processes.

So throw off the myth that chocolate causes migraines. It might be more about what's in the chocolate: how much sugar, milk, or additives. A different study showed that chocolate contains tyramine and phenylethylamine, and although that can trigger migraines, they are found in such low concentrations that it's very rare that chocolate alone can bring on a migraine.

Here's a list of Food Triggers according to Health.com. Before you blame the chocolate, check to see if you didn't have some cheese or raisins or bacon at the same meal.

Food triggers
Here's a partial list of major food triggers, according to the National Headache Foundation.

My migraine cures are listed as migraine causes. So wrong--at least for me!

Chocolate is so good for you in so many ways!
Posted by Janet Rudolph at 7:51 AM