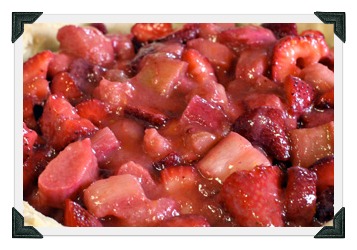 January 23 is National Pie Day.. but it's also National Rhubarb Pie Day. I love Strawberry Rhubarb Pie (actually celebrated on June 9), but I usually make it in the summer. However, here in Northern California, we grow strawberries and rhubarb all year round -- Strawberry Fields Forever! Of course I make this pie with my Chocolate Cookie Crust.

A little info on rhubarb: In culinary use, fresh raw petioles (leaf stalks) are crisp (similar to celery) with a strong, tart taste. Most commonly, the plant's leaf stalks are cooked with sugar and used in pies and other desserts. Rhubarb is usually considered a vegetable. In the United States, however, a New York court decided in 1947 that since it was used in the United States as a fruit, it counted as a fruit for the purposes of regulations and duties. And, a warning: Do not eat or use the leaves.

The following recipe is easy and great. Most people do a two crust pie.. the top crust being a lattice; however, I don't think that works with a chocolate crust.  As always, it's your choice! Enjoy and celebrate the day! 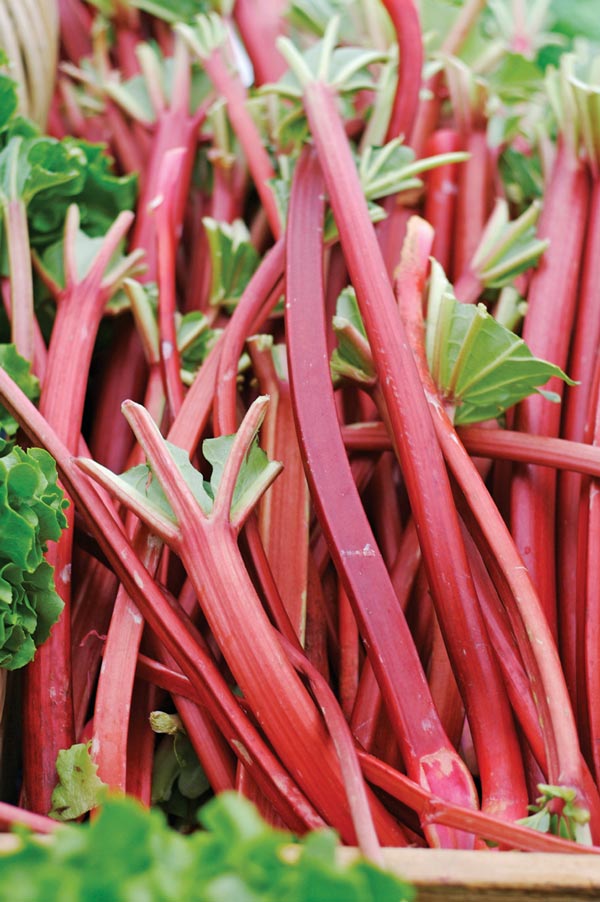 Directions
Combine rhubarb, sugar, orange zest, nutmeg, cinnamon, flour, and strawberries in a bowl and toss well. Spread into prepared crust and bake for 45-50 minutes at 350 degrees or until rhubarb is tender and filling is bubbly.
Posted by Janet Rudolph at 10:05 AM