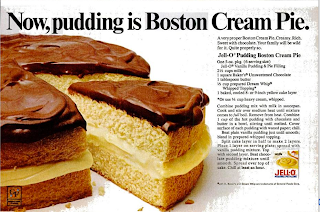 This Retro Ad (3/29/68) from Jello-O Pudding has a quick and easy recipe for Boston Cream Pie. I really prefer making the cake, filling and ganache from scratch. You know I'm a sucker for good chocolate which for me will make or break the taste of a good Boston Cream Pie. However, if you don't have time, I've posted the Jell-O Pudding Boston Cream Pie recipe below. 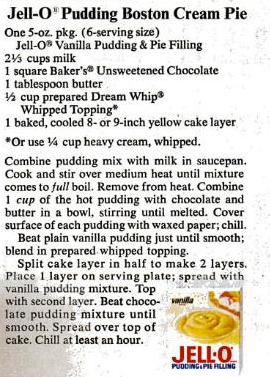