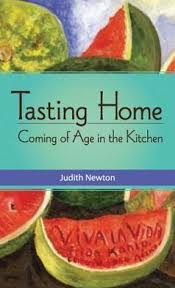 Today I welcome Judith Newton, author of Tasting Home: Coming of Age in the Kitchen.

Judith Newton is Professor Emerita in Women and Gender Studies at U.C. Davis where she directed the Women and Gender Studies program for eight years and the Consortium for Women and Research for four. She grew up in Compton, California, received her B.A. at Stanford in American literature and her M.A. and Ph.D. in Victorian literature at U.C. Berkeley. She is the author and co-editor of five works of nonfiction on nineteenth-century British women writers, feminist criticism, women's history, and men's movements. Four of these works were reprinted by Routledge and the University of Michigan Press in the fall of 2012. For more information, visit: http://tasting-home.com/

Judith Newton recently published her first memoir, Tasting Home: Coming of Age in the Kitchen (Shewrites Press/March 1, 2013). In this wonderful memoir, Judith Newton shares the unforgettable story of a life on the front lines of activism and in the kitchen. During a difficult childhood, food and cooking were sources of comfort and emotional sustenance. And in the decades to come, through her marriage to a gay man, her discovery of feminism, her life in a commune, and her career as an academic, she used food to sustain personal and political relationships, mourn losses, and celebrate victories. As she earned her activist stripes in the 1960s and beyond, she also learned how food could ease tension, foster community, and build cross-racial ties. Each chapter is finished with a delicious recipe that ties in perfectly with the story. 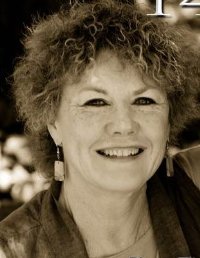 “My mother made three kinds of fudge: a dense, honey-colored, cleave-to-the-mouth peanut butter; a rich chocolate made with syrup and cocoa, which my mother labeled simply “fudge,” and the See’s version made with chocolate chips, a half cup of margarine, walnuts, and an entire jar of marshmallow cream.”—From Tasting Home.

Four years ago, while standing in my kitchen, I had an epiphany about my life. The pantry in my newly purchased home, seeming too small to accommodate my 140 cookbooks, had prompted me to consider pruning my collection. Yet how to begin? I’d moved so many times in my life that each new relocation recalled at least two others. Perhaps that was why I began to dwell upon a book I’d disposed of during a previous change of place—a desk calendar with French recipes and French menus. I hadn’t used the calendar in two decades, and most of its pages had come loose, but, out of nowhere, its absence began to feel like a wound. I‘d been fond of its black-and-white pictures of Paris and the French countryside, had imagined serving one of its chic menus, and at one point had even cooked one or two of its dishes. And now, without knowing why, I longed to see those menus again, yearned to remember what I’d tried to cook, struggled to place the book and its pleasures in my life. Had it been published in the 1970s? I began to ache for the ’70s and for the pantry in Philadelphia I had painted deep orange red.

I saw I had to keep my books. I’d written in their margins, ranked their recipes, thumbed through their pages with buttery fingers, and read through several as if they’d been Holy Script. They spoke of the decades and cooking fashions I’d lived through, reminded me of men I’d once loved, recalled the life stages of my daughter, who’d given me such happiness, and brought me face to face with earlier versions of myself. But still wondering at my hunger for a calendar I hadn’t looked at in many years, I realized that the cookbooks were more to me than a reflection of my past. They’d been agents of my recovery—from childhood misery, from profound self-loss, from my fear even as an adult that the world would never seem like home. I’d cooked from them to save my life and I’d succeeded. It was then I realized that if I were to tell the story of my long journey home, I would tell it through my cookbooks. And that was the beginning of my memoir, Tasting Home.
__________________________________________________________________ 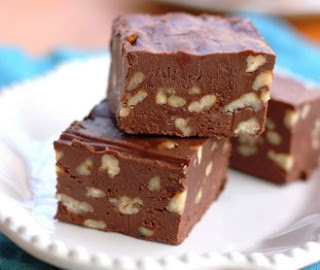 3 (12 ounce) packages chocolate chips
A 7 oz jar of Marshmallow Cream
1/2 lb margarine (you can use butter, but that was too expensive for my mother)
2 teaspoon vanilla
2 cups chopped walnuts
4-1/2 cups sugar
1 (12 ounce) can evaporated milk