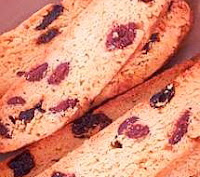 Columbus Day is a big deal in San Francisco. Columbus Day originated as a celebration of Italian-American heritage and was first held in San Francisco on October 12, 1869. It's still celebrated that way. In 1892 President Benjamin Harrison, 400 years after Columbus' first journey, gave a public statement in memory of the 'New World' being discovered. Let's not go into that!  In 1905 Colorado was the first State to recognize an official 'Columbus Day'. From 1921 Columbus Day was observed each year. President Franklin Roosevelt in 1937 declared October 12 as 'Columbus Day',  but in 1971, Congress proclaimed Columbus Day a national holiday the 2nd Monday of October.

There's also a Columbus Chocolate Connection. Although people tend to associate chocolate with European culture, the confection’s roots are actually a whole lot deeper in the Americas. The trees that grow the cacao beans actually originated in the tropical regions of the Americas. Chocolate didn’t find its way to Europe until Christopher Columbus brought the cacao bean back to Spain from his “New World” adventure.

So today for Columbus Day, an Italian-American celebration, I'm re-posting one of my favorite recipes for Chocolate Cherry Biscotti.

I originally found this recipe on the Internet in several places, but I've adapted it a bit. I don't like candied cherries, so I use dried cherries. My favorite are from Chukar Cherries. You can't go wrong with Biscotti on Columbus Day or any day. No time to cook? Pick up some Biscotti at your local Italian Bakery.

DIRECTIONS
Preheat oven to 350 degrees F. Grease large cookie sheet.
In large bowl, cream together butter and sugar until smooth.
Beat in eggs one at a time, then stir in almond extract.
Combine flour and baking powder; stir into creamed mixture until just blended.
Fold in dried cherries and mini chocolate chips.
With lightly floured hands, shape dough into two 10 inch long loaves.
Place rolls 5 inches apart on prepared cookie sheet; flatten each to 3 inch width.
Bake for 20-25 minutes, or until set and light golden brown.
Cool 10 minutes.
Using serrated knife, cut loaves diagonally into 1/2 inch slices.
Arrange slices cut side down on ungreased cookie sheets.
Bake for 8 to 10 minutes, or until bottoms begin to brown.
Turn, and bake additional 5 minutes, or until browned and crisp.
Cool completely. Store in tightly covered container.
Posted by Janet Rudolph at 11:27 AM