President's Weekend and what better way to celebrate than with the George Washington's Favorite Drink: Warm Chocolate Cream.

George Washington definitely liked his chocolate. A favorite breakfast for him was cornmeal hoe cakes with honey and butter, washed them down with Warm Chocolate Cream, according to a new cookbook, Dining with the Washingtons, by the staff at George Washington's Mount Vernon Estate. The cookbook offers updated versions of typical recipes from the period and a glimpse into the first president's favorite foods.

Chocolate was a favorite drink at Mount Vernon in George Washington's lifetime. Washington's first recorded order for chocolate was for 20 pounds of the product, which arrived from England in 1758. He continued to buy chocolate throughout his life, in quantities as small as one pound and as large as the 50 pounds purchased three months before his death in 1799. (Source: Pleasant Living Magazine) 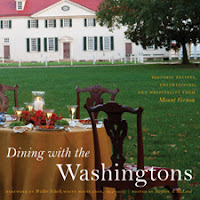 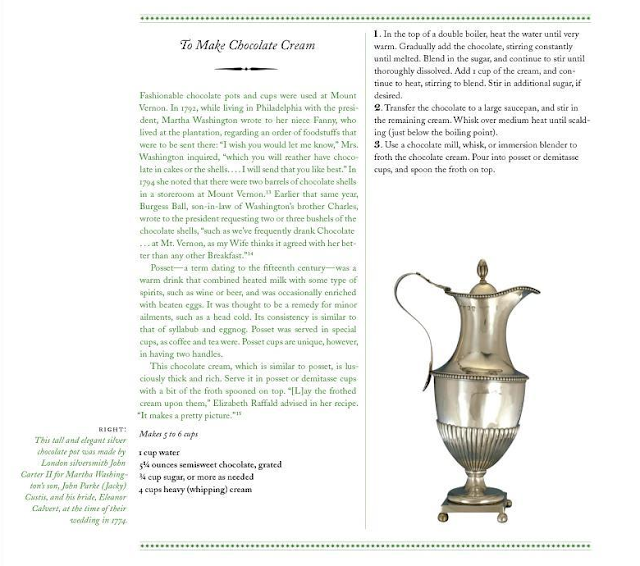 Posted by Janet Rudolph at 7:27 AM