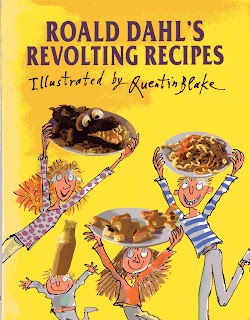 The first in this series of posts was for Zodiac Chocolate Cake from the Mary Poppins in the Kitchen. Today, I chose another 'children's cookbook' Roald Dahl's Revolting Recipes (Viking, 1994). Illustrated by Quentin Blake with photographs by Jan Baldwin. Recipes compiled by Josie Fison and Felicity Dahl.

According to Felicity Dahl, "Treats were an essential part of Roald's life--never too many, never too few, and always perfectly timed. . .    Revolting Recipes is an interpretation of some of the scrumptious and wonderfully disgusting dishes that appear in Roald's books."

Roald Dahl is one of the most beloved storytellers of all time. His many popular children's books include Charlie and the Chocolate Factory, James and the Giant Peach, The Witches, and Matilda. He died in 1990.

Quentin Blake has illustrated more than a dozen of Roald Dahl's Books, and he has collaborated with authors Joan Aiken and Russell Hoban, as well as illustrated his own picture books. He was honored with the OBE in 1988. 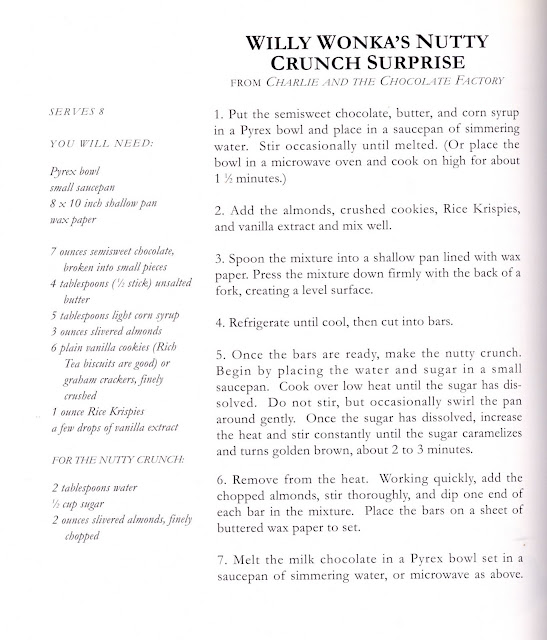 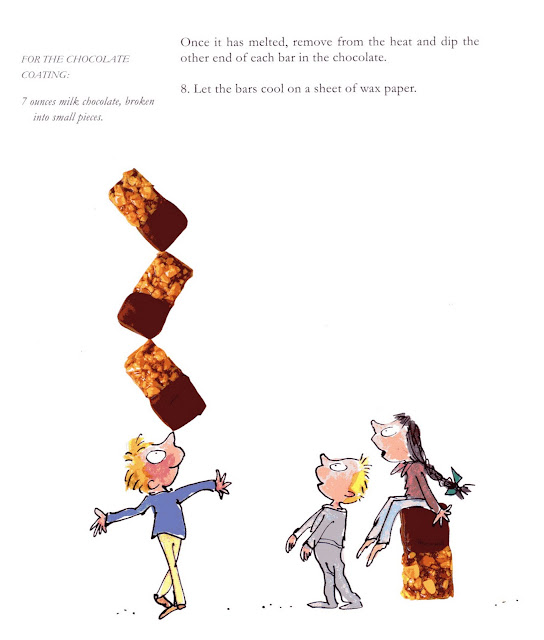 I was seriously considering doing a post for his birthday which is September 13th. Now, all I need to do is link to this post. Thanks Janet!!!

I LOVE the movie Matilda!!!

I’ve just stumbled upon your lovely blog. I look forward to popping by again for some more inspiration! I'm just new into blogging this year & have put together a daily blog on design, fashion, food, travel and anything pretty.
http://scrapbook-melissah.blogspot.com/ and
http://coastal-style.blogspot.com/ for everything chic and coastal

I had a lot of fun putting them together maybe you would like to check them out if you have a spare minute.
x
Melissah

I found the nutty crunch went hard before I could dip the chocolate mixture into it, any suggestions?

Hi, Julie, I think you just need to work very quickly given those ingredients. Sorry.

besides loving the images here of the finished product I love this recipe. Yes you absolutely have to work really quickly with it as the sugar nut mix hardens really quickly :-(