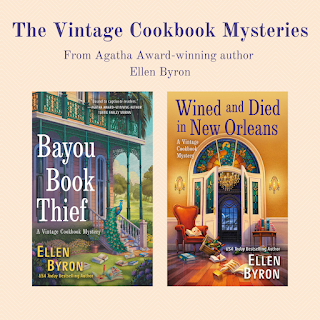 You know I love when my mystery and chocolate worlds cross. And now my cookbook world, too! My friend Ellen Byron has just started a new series: The Vintage Cookbook Mystery series. I, too, collect vintage cookbooks, so I can't wait to dive into Bayou Book Thief...and make Mrs. Appleyard's Brownies. More info and recipe below!

My Vintage Cookbook Mystery series, which just launched with the first book, Bayou Book Thief, is inspired by my own hobby of collecting vintage cookbooks. Each book in the mystery series will include recipes I’ve adapted from my personal collection. I counted recently and I have just north of one hundred cookbooks, with publication dates ranging from the late 1800s to the late 1970s. I love the glimpse they provide into decades of American eating habits and how they’ve evolved.

One of the books in my collection is a 1942 tome titled Mrs. Appleyard’s Kitchen. I did a little research into Mrs. Appleyard and discovered that she, like Betty Crocker, doesn’t exist. She’s a humorous, gently opinionated fictional New England homemaker channeled through the writing of actual author Louise Andrews Kent. Apparently the character first appeared in a charming novel, which became a bestseller during WWII, and spun off into more than one successful cookbook. In fact, Mrs. Appleyard’s success spanned five decades, with a paperback edition of Cooking with Mrs. Appleyard published in 1993.

Like I said, I adapt every recipe I use in my series, adjusting each to today’s tastes and cooking styles. But culling recipes from cookbooks that go back eighty years, like my Mrs. Appleyard’s Kitchen, presents challenges. I have to weed out recipes utilizing ingredients that are hard to find these days or
cooking techniques calibrated to the time of publication.

For my second Vintage Cookbook Mystery, Wined and Died in New Orleans, which will launch on February 7, 2023, I landed on a simple brownie recipe from Mrs. Appleyard’s Kitchen. But not only do ingredients and cooking techniques change over the years, so do our tastes. Just by reading the recipe, I could tell that what was deemed chocolate-y enough in 1942 wouldn’t fly in 2023. So I doubled the amount of chocolate and added a teaspoon of ground coffee to kick up the flavor even more.

I think Mrs. Appleyard would approve – if she existed. 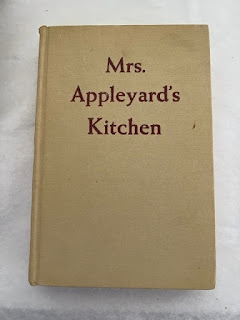 Preheat the oven to 350 degrees. Butter an 8” square baking pan.

In a medium-size bowl, mix together the flour, sugar, coffee, and salt. Set aside.

Mix creamed butter and melted chocolate together. Make sure it’s cooled, then beat in the eggs one at time, and then the vanilla.

If you’re including nuts or chocolate pieces, add them now.

Pour the batter into the pan and bake for 15 minutes for chewy brownies. If they’re too moist, bake another five minutes.

Servings: 8 large brownies or 16 small ones.

Twenty-eight-year-old widow Ricki James leaves Los Angeles to start a new life in New Orleans after her showboating actor husband perishes doing a stupid internet stunt. The Big Easy is where she was born and adopted by the NICU nurse who cared for her after Ricki’s teen mother disappeared from the hospital.

Ricki’s career dream comes true when she joins the quirky staff of Bon Vee Culinary House Museum, the spectacular former Garden District home of late bon vivant Genevieve “Vee” Charbonnet, the city’s legendary restauranteur. Ricki is excited about turning her avocation – collecting vintage cookbooks – into a vocation by launching the museum’s gift shop, Miss Vee’s Vintage Cookbooks and Kitchenware. Then she discovers that a trunk of donated vintage cookbooks doesn’t contain books – it holds the body of a cantankerous Bon Vee employee who was fired after being exposed as a book thief.

The skills Ricky has developed ferreting out hidden vintage treasures come in handy for investigations. But both her business and Bon Vee could wind up as deadstock when Ricki’s past as curator of a billionaire’s first edition collection comes back to haunt her.

Will Miss Vee’s Vintage Cookbooks and Kitchenware be a success… or a recipe for disaster? 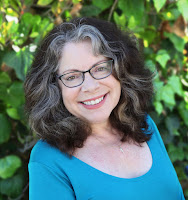 Ellen is an award-winning playwright, and non-award-winning TV writer of comedies like Wings, Just Shoot Me, and Fairly Odd Parents. She has written over two hundred articles for national magazines but considers her most impressive credit working as a cater-waiter for Martha Stewart. An alum of New Orleans’ Tulane University, she blogs with Chicks on the Case, is a lifetime member of the Writers Guild of America, serves on the national board for Mystery Writers of America, and will be the 2023 Left Coast Crime Toastmaster. Please visit her at https://www.ellenbyron.com/.

Posted by Janet Rudolph at 7:43 AM

Excited to read this!