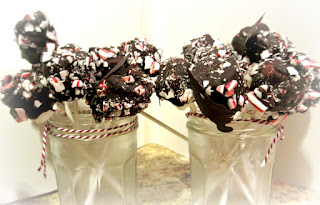 With the holidays coming up, here's a recipe for festive Candy Cane Chocolate Covered Marshmallow Pops. These chocolate covered marshmallows, and these Candy Cane Chocolate Covered Marshmallow Pops are easy and delicious and always a hit during the holidays. Everyone loves Food on a Stick! I used to use small candy cane for the handles (see photo below), but I find the sticks are much more manageable on somany levels. 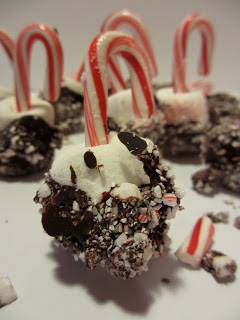