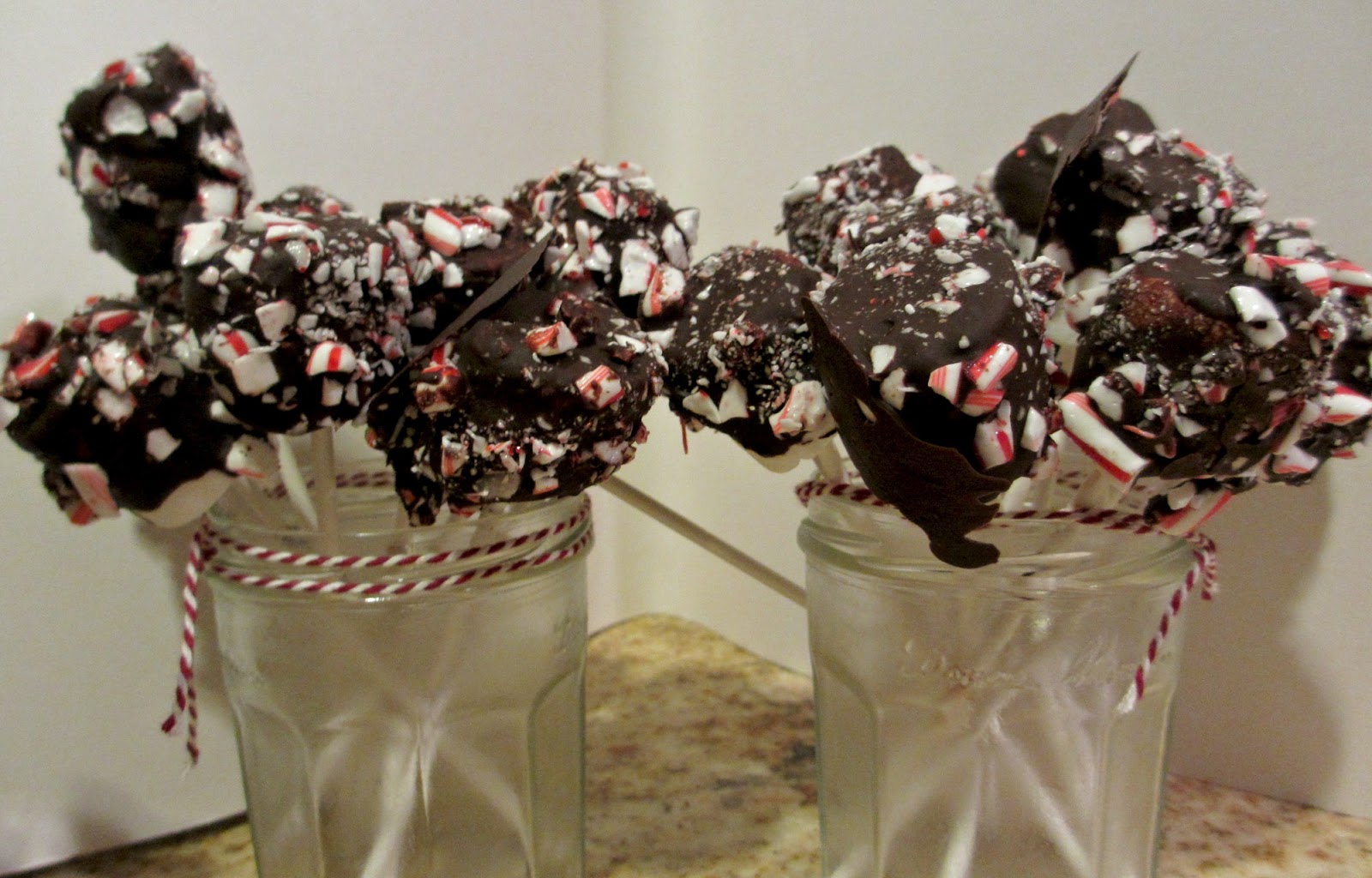 I love chocolate covered marshmallows, and these Candy Cane Chocolate Covered Marshmallow Pops are easy and delicious and always a hit during the holidays. Everyone loves food on a stick! I used to use small candy cane for the handles, but I find the sticks are so much more manageable on many levels.

This holiday treat is a variation on S'mores on a Stick. All you do differently is use crushed candy cane pieces in place of the graham cracker crumbs. You can also use homemade marshmallows or good quality marshmallows, but I used packaged Puff Marshmallows, as they always hit the spot for me!

Directions
Melt good quality dark chocolate in saucepan on top of another saucepan over simmering water. Remove from stove.
Crush candy canes and put in shallow bowl.
Put lollipop stick in marshmallow and dip and swirl marshmallow in melted chocolate.
Sprinkle chocolate (using spoon) with crushed candy cane bits.
If chocolate gets thick while dipping, put back on stove, heat a bit, and whisk.
Put finished Candy Cane Chocolate Covered Marshmallow Pops on parchment lined cookie sheet.
Repeat.
When you've dipped them all, put them in the refrigerator to firm up.
Bring them to room temperature before serving.
I put the Marshmallow Pops in Bonne Maman jam jars wrapped in a bit of red and white twine. Mason jars would be great, too!