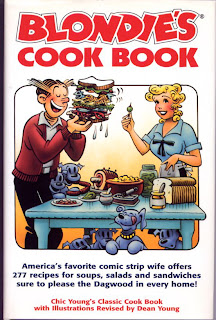 Today is National Sandwich Day, and although I've posted several Chocolate Sandwiches over the years, I turned to my "Tie-In" Cookbook collection and Blondie's Cook Book for today's recipe. Dagwood is the iconic King of Sandwiches.  My Dad used to make Dagwood Sandwiches... those were the sandwiches that contained every thing but the kitchen sink.  My father never added chocolate.

Dagwood Bumstead, in case you don't know, is a main character in comic artist Chic Young's long-running comic strip Blondie. He first appeared in the U.S. sometime prior to February 1933.

According to What's Cooking America, the Dagwood Sandwich  is a multi-layered sandwich with a variety of fillings. The term is used to denote a sandwich put together so as to attain such a tremendous size and infinite variety of contents as to stun the imagination, sight, and stomach of all but the original maker. Dagwood sandwiches is a term so well-known that it's in the Webster's New World Dictionary. 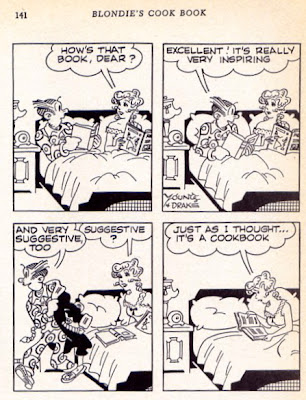 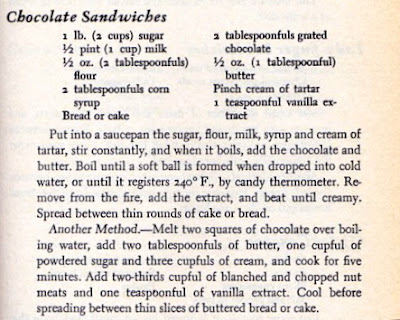 Really? Dagwood sandwiches are so popular it made its way into the Webster's New World Dictionary? Amazing! :)