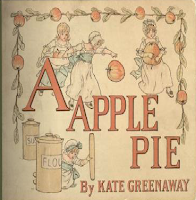 Today is National Apple Pie Day! And what can be more American than Apple Pie? Given that yesterday was Mother's Day, it's still not too late to celebrate. Isn't every day Mother's Day, after all? So today's holiday is all about Mom and Apple Pie.

My grandmother made an awesome Apple Pie. I've written about it before. It did not contain chocolate, and she made it in a huge rectangular pan that was big enough to feed a crowd since there were always lots of family at our house. She made Apple Pie because it was American, and when she came to these shores, she became an American! My Bubbe was born in Ukraine, married in London, and settled in Philadelphia, the cradle of liberty. She took her new citizenship to heart, and she baked her special apple pie for every Friday night dinner. She did it because she saw herself as a true American. So Celebrate Mom (and Grandmom) and Apple Pie with this easy Chocolate Apple Pie Recipe! 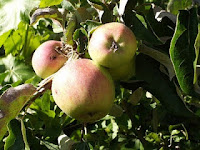 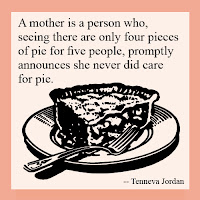 Posted by Janet Rudolph at 7:58 AM