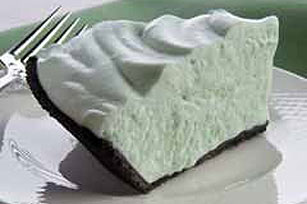 There are huge differences between classic recipes for Grasshopper Pie and modern ones. Since gelatin can be annoying to work with, many people now prepare the pie by melting marshmallows and blending them with milk or whipping cream, and sometimes cream cheese. Several recipes advocate the use of specific cookies like Oreos in the crust, but I use chocolate wafers. 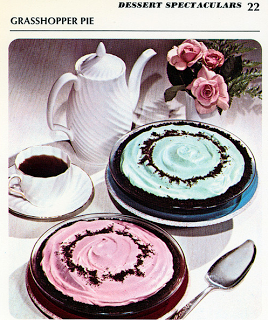 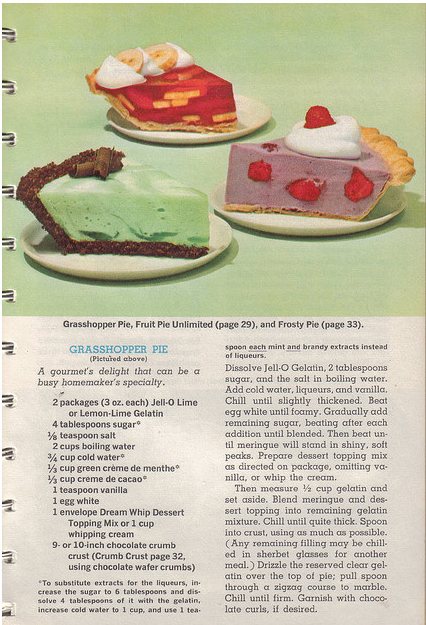 Posted by Janet Rudolph at 7:17 AM