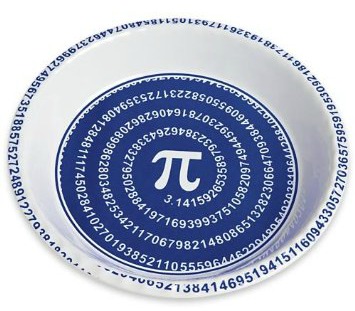 Today is International Pi Day. Pi Day is an annual celebration commemorating the mathematical constant Pi. Pi has been calculated to over one trillion digits beyond its decimal point. As an irrational and transcendental number, it will continue infinitely without repetition or pattern. Pi Day is observed on March 14 (or 3/14), since 3, 1 and 4 are the three most significant digits of Pi in the decimal form. In 2009, the U.S. House of Representatives supported the designation of Pi Day. 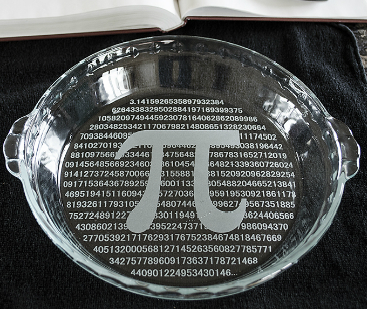 I like to celebrate National "Pi" Day  with Pie! Don't you? Want to make these pies extra fun? Make your "Pie" in a "Pi" Plate.

If you're like me, you've always wondered about Malted Milk Balls. What are they really?

Lots of companies make them now, but when I was growing up, I only remember one: Hershey's Whoppers Malted Milk Balls.  But there are other "old fashioned' brands such as Maltesers.  Maybe they weren't available at my candy store? Ghirardelli makes Milk Chocolate Malt Balls.  (There's also a Kittymalt Hairball remedy that I have, but I won't go there). 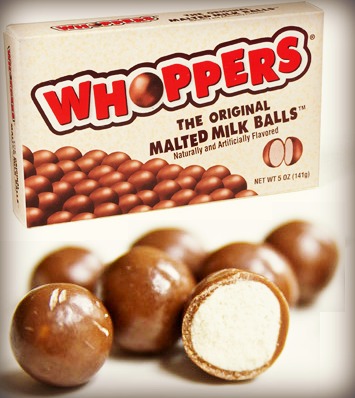 With electric mixer, mix egg whites until soft peaks form. Add in 1/4 cup of sugar and mix on high for 2-3 minutes until stiff peaks form. Spread over top of the pie and bake at 350F for about 8 minutes or until browned slightly. Let cool and add chopped malted milk balls (whoppers) to top of pie.

Let pie sit for about 30 minutes before cutting.

***
And here's a link to Thrillist's 16 greatest pies in the nation. Missing your favorite? Enter a comment below.

Posted by Janet Rudolph at 7:58 AM

I'm disappointed that the malted milk balls are crushed so you can't see their perfectly circular cross-section! But it sounds delicious.

Mae, you can always decorate with the malt balls on top.