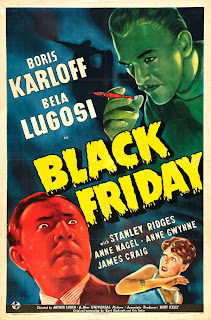 Today is National Cake Day, and as Black Friday sales have already begun--in the stores and online, I thought I'd post this great recipe for Black Friday Cake. You'll be the first in line! It's easy to make and delicious to eat. Don't be put off by the thin batter.. it will work!

Ever wonder about the origin of the term Black Friday? Black Friday is traditionally the Friday after Thanksgiving when millions of people in the U.S. start their holiday shopping!

There are many stories about the origins of the term Black Friday. In the 1950s, some factory managers referred to the day after Thanksgiving as "Black Friday" because so many workers called in sick. The day, noted one industrial magazine, was "a disease second only to the bubonic plague" in its effects on employees. In the 1960s, police in Philadelphia complained about the congested streets, clogged with motorists and pedestrians out shopping, calling it “Black Friday.” By the mid 1970s, newspapers in and around Philadelphia used it to refer to the start of holiday shopping. But its usage also has negative associations. In the1980s, some enterprising merchants turned it around. They pointed out tthat there was a "black ink" that showed up on balance sheets as a result of the day. “Black” refers to stores moving from the “red” to the “black,” back when accounting records were kept by hand, and red ink indicated a loss, and black a profit--a short hop to the idea that Black Friday was the day when retailers came out of the red and went into the black by beginning to turn a profit.

As retailers began to realize they could draw big crowds by discounting prices, Black Friday became the day to shop, with lots of bargains. Black Friday is a long day, with stores opening at 9 p.m. the night before or 3 am. in the morning on the actual Friday. It's just amazing to me that hordes of people stand in line for items they may or may not need, just because it's a bargain. For those of you who don't want to stand in an actual line, there are plenty of Black Friday sales online.

Planning to be at the stores Friday morning/Thursday night? Bring some chocolate to give you energy throughout the day. At home in your jammies shopping online? You'll have plenty of time to make and enjoy this delicious Black Friday Cake! This is an adaptation of the original Hershey's Black Magic Cake.