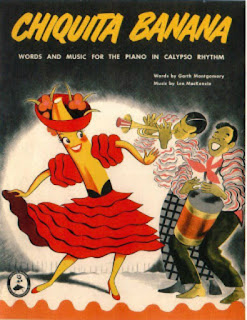 Following are two recipes for Chocolate Banana Creme Pie. The first recipe is easy and uses natural ingredients, but the second is an easier recipe from Rachael Ray. The first recipe uses a chocolate wafer crust, so it's doubly chocolate.

For filling:
Whip heavy cream with vanilla and powdered sugar until thick and creamy. Refrigerate.
Heat oven to 350 degrees.
In saucepan, melt 1/2 cup chopped chocolate over low heat.
Remove from heat and whip in 1 cup of whipped cream you previously made and refrigerated. Beat eggs and add to mixture.
Pour into pie shell and bake for 30 minutes.
Cool 15 minutes.
Slice bananas (cut in 1/4 inch slices) and layer on pie.
Top with remaining whipped cream.
Sprinkle with remaining chopped chocolate and banana slices.
Chill

TIP: To prevent skin forming on filling as it cools, cover with plastic wrap. 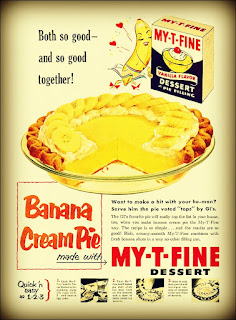 Your choice: The first recipe takes a little longer and you'll be sure of the quality of the ingredients, but the other is as Easy as Pie!
Posted by Janet Rudolph at 7:33 AM