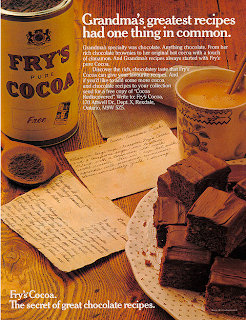 If a recipe calls for either, the main different is that Dutch-process cocoa will give a darker color and a more complex flavor whereas natural cocoa powder tends to be fruitier tasting and lighter in color.
***

Here are a few cocoas I like that are great in brownies, devil's food cake, and other chocolate baked goods: King Arthur Flour Double-Dutch Dark Cocoa, Callebaut, Guittard, Valrhona, Ghirardelli, and Trader Joe's.

O.K. all the above is basic baking cocoa information. For me, though, the reality is that natural and Dutch processed cocoa powder are pretty much interchangeable. There are very few recipes that are thrown off by the presence or absence of the acidity of cocoa powder. In fact, many of the ingredients you regularly use in baking are slightly acidic, so even recipes that seem to rely on the acidity of cocoa powder to produce leavening are getting their acidity from milk, butter, egg yolks, honey (sugar is neutral), etc, and the recipe should turn out just fine whichever cocoa you use-- Dutch process or natural cocoa powder (but be sure and read David Lebowitz's comments above).
Posted by Janet Rudolph at 7:13 AM