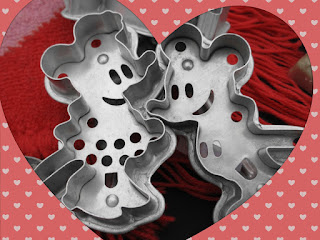 There are so many ways to celebrate, but here's an easy and delicious one for Mickey Mouse Chocolate Cookies from Disney Family Recipes. You'll need a Mickey Mouse Cookie Cutter (I have several). 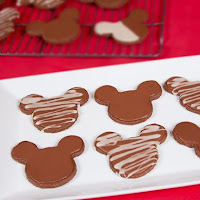 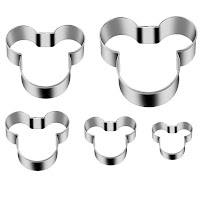 Take first half of dough and roll it out between parchment paper until ¼ – ½ inch thick. Use Mickey Mouse cookie cutter to cut out Mickey shapes. Place Mickey cookies on parchment paper lined baking sheet and bake for 14 minutes. Continue to roll and cut out the dough until all dough has been cut and baked. Set cookies aside on parchment paper to cool.

Sift together confectioners sugar and Dutch-process cocoa powder into a bowl. Add lemon juice and vanilla. Add water 1 tablespoon at a time while whisking. Stop adding water when icing is thick but spreadable. Fill sandwich bag with chocolate icing and cut off bottom corner. Pipe icing onto cookies, using knife to evenly spread icing over surface. 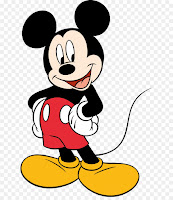