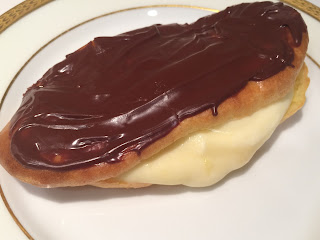 I love when my Mystery and Chocolate worlds cross. Today I welcome back Agatha Award-winning Daryl Wood Gerber who writes the brand new French Bistro Mysteries as well as the nationally bestselling Cookbook Nook Mysteries. As Avery Aames, she pens the popular Cheese Shop Mysteries. A DEADLY ÊCLAIR, the first French Bistro Mystery, comes out this month. Daryl also writes stand-alone suspense: DAY OF SECRETS and GIRL ON THE RUN. Fun tidbit: as an actress, Daryl appeared in “Murder, She Wrote.” She loves to cook, and she has a frisky Goldendoodle named Sparky who keeps her in line!

To be honest, I had no idea that as a mystery writer I would need to be a “foodie”, let alone a cook. Luckily, I am both!

After writing the Cheese Shop Mysteries and the Cookbook Nook Mysteries, I realized that writing mysteries with recipes is part of my “brand,” and so I continue with the French Bistro Mysteries.

Why did I choose to write about French food? I’m not French. I can barely speak French, although I did play a chanteuse on stage, way back when. Plus I’m not a chef by any stretch of the imagination. However, I am a pretty good cook and, honestly, I love a challenge. 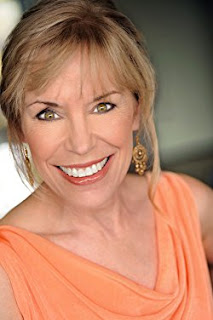 I’ve set my new series in a darling French bistro, similar to a place my husband and I frequented when we first started dating. My protagonist’s name is Mimi Rousseau. Her mother and father are based on the two people who ran this lovely restaurant. Ah, yes. Writing this series has brought back fond memories!

Now, I don’t know about you, but I’ve always thought French food was difficult to make. Not true. There are some very basic, easy recipes. The five “mother” sauces are quite simple. Béchamel, Velouté, Hollandaise, Tomato, and Espagnole are their names. Four require roux—roux is typically made with flour, though Tomato, as created by Italians, does not use roux. Hollandaise sauce is egg-based.

Though French food might not be “difficult,” because it does use flour, and I need to eat gluten-free, it’s hard! However, like I said above, I like a challenge.

You’ll note that the title of my new mystery is A DEADLY ÉCLAIR. Yes, I did make an éclair for this book. Because this is a chocolate blog, I must share it with you.

And it’s gluten-free!! Can you believe it? The pastry was deliciously delicate. Note: you’ll want to eat the éclair the same day you make it. If you don’t want the pastry, the custard is terrific all by its lonesome. So is the chocolate glaze, which would be terrific on top of ice cream. 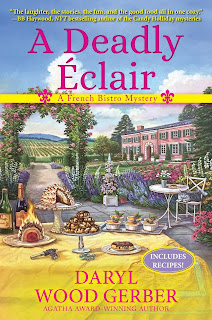 To make the filling:
In a medium saucepan, heat the milk and vanilla bean to a boil over medium heat. Turn off the heat and set the pan aside to let the vanilla’s richness infuse the milk.

In a bowl, whisk the egg yolks and sugar until light and fluffy. Add the cornstarch and whisk vigorously until no lumps remain.

Pour the mixture through a strainer back into the saucepan. Cook over medium-high heat, whisking constantly. Slowly boil until it thickens up.

Remove from the heat and stir in the cold unsalted butter. Let the mixture cool slightly. Cover with plastic wrap. Lightly press the plastic against the surface so a skin won’t form.

Chill the custard at least 2 hours or until ready to serve. You can make this a day ahead. Remove from refrigerator for about an hour before using.

In saucepan over medium-high heat, bring the boil butter, sugar, water and salt to a roiling boil. Remove from heat, and add gluten-free flour and stir briskly for 1 minute. It will become sleek and glossy.

Place dough in bowl of stand mixer (or hand mixer) and beat at medium speed for 1 minute. Then, while mixing, add 4 eggs one at a time. Let each egg absorb fully before adding the next. Keep mixing until the dough is smooth and sticky. It shouldn’t look lumpy.

This is where it gets messy! If you’re not a pro, don’t worry. Enjoy the fun. Put the mixture into a pastry bag fitted with a large plain tip. Pipe out the dough into logs on the parchment paper. The logs should resemble hot-dog buns. Leave two inches between them.

Reduce heat to 325 degrees and bake for 20 minutes longer, until light golden brown. If they’re turning too brown around 15 minutes, turn off the oven but let them remain in the oven for the full time.

Remove from oven and let cool on baking sheet. Pierce a few holes in the éclairs to let the steam out. Cool at least 10 minutes.

Add in the butter and stir until melted.

To assemble:
Cut éclair pastry shells in half, lengthwise. I like to use pastry scissors for this.

Pour chocolate mixture onto a flat plate. Dip the top of the shell in chocolate. If necessary, use the back of the spoon to smooth the chocolate. Set the top half on a piece of parchment paper, chocolate side up, to cool. Chill 1 hour to set the glaze.

When ready, spoon the custard into the bottom half of the shell and place the chocolate shell on top!

Enjoy! If you like, you can wrap each individually, tightly in plastic wrap, insert into a freezer bag, and freeze. Defrost by letting them stand at room temperature.

Tips:
Don’t own a pastry bag? That’s cool. Place the dough in a large Ziploc baggie and cut the corner to pipe.

Dough too sticky? Put it in the refrigerator for a few minutes for better handling.

FYI, pastries and cream can be made ahead of time, but éclairs should be assembled just before you eat them.


MY CUP-FOR-CUP VERSION OF GLUTEN-FREE FLOUR:

Stir together and store in a container; use as necessary in recipes. Replenish, as necessary.

Mimi Rousseau is throwing the bistro’s first wedding—the nuptials of a famous talk show host. She is sure things will go awry when the bride’s father shows up drunk to the out-of-towners’ dinner. By the end of the evening, things look sweet again…until the next morning, when her benefactor is found dead at the bistro with an éclair stuffed in his mouth. All fingers point at Mimi, whose loan is forgiven if he dies. It’s up to her to éclair—er, clear—her name before the killer turns up the heat.

Want to stay in touch with Darryl?

My favorite dessert! Thank you for the recipe. The book sounds awesome and I want to bread it.

Donamae, you are more than welcome. I hope you enjoy it. ~ Daryl

Love the book and this recipe looks so yummy. Glad it is gluten free too thanks for the recipr

Recipe looks amazing! Can't wait to read "A Deadly Eclair" sounds like the start to a great new series.