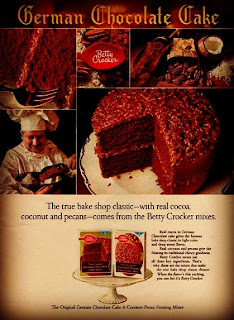 Stir together evaporated milk and next 4 ingredients in a saucepan.
Cook over medium heat, stirring constantly, 7 minutes.
Stir in pecans and coconut; spread over cheesecake.
Posted by Janet Rudolph at 7:59 AM

Oh my goodness this sounds amazing! Adding it to my list of recipes to try! I also love your way of writing and giving the history! I've just found my way over here via Aunty Pol Knows It All @ Blogspot and I'm hooked! :)