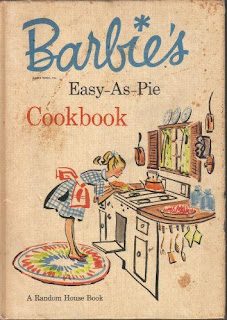 Today is National Barbie Day. If the truth be told, I fancied myself too old for Barbie Dolls, so I never had any or played with them. Nevertheless, I secretly admired the dolls for their clothes. I often designed clothes for my paperdolls, and I could easily have seen myself designing for Barbie. Alas, that was another career not fulfilled.(If you're looking for some really outstanding Barbie outfits with impeccable tailoring, design, and details, don't miss my friend Kathleen Taylor's Etsy shop - KathleenTaylorsStuff)

However, since I collect 'theme' cookbooks, and I love to cook and bake, I have several Barbie CookBooks in my collection. My favorite is the first one (1964) Barbie's Easy-As-Pie Cookbook. There have been many more since, but this is the gold standard in my opinion.  Scroll down to see a few of the Cookbooks. I've also posted a recipe from one of the cookbooks for a 'healthier' choice of snack: Granola Bars with White Chocolate Drizzle.

Want to know more about Barbie? From the History Channel:

On March 9, 1959, the first Barbie doll goes on display at the American Toy Fair in New York City. 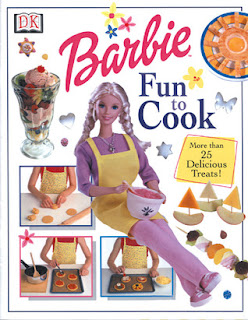 Eleven inches tall, with a waterfall of blond hair, Barbie was the first mass-produced toy doll in the United States with adult features. The woman behind Barbie was Ruth Handler, who co-founded Mattel, Inc. with her husband in 1945. After seeing her young daughter ignore her baby dolls to play make-believe with paper dolls of adult women, Handler realized there was an important niche in the market for a toy that allowed little girls to imagine the future.

Barbie’s appearance was modeled on a doll named Lilli, based on a German comic strip character. Originally marketed as a racy gag gift to adult men in tobacco shops, the Lilli doll later became extremely popular with children. Mattel bought the rights to Lilli and made its own version, which Handler named after her daughter, Barbara. With its sponsorship of the “Mickey Mouse Club” TV program in 1955, Mattel became one of the first toy companies to broadcast commercials to children. They used this medium to promote their new toy, and by 1961, the enormous consumer demand for the doll led Mattel to release a boyfriend for Barbie. Handler named him Ken, after her son. Barbie’s best friend, Midge, came out in 1963; her little sister, Skipper, debuted the following year. 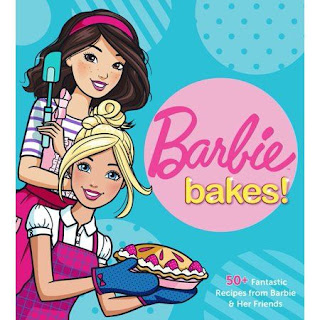 Over the years, Barbie generated huge sales—and a lot of controversy. On the positive side, many women saw Barbie as providing an alternative to traditional 1950s gender roles. She has had a series of different jobs, from airline stewardess, doctor, pilot and astronaut to Olympic athlete and even U.S. presidential candidate. Others thought Barbie’s never-ending supply of designer outfits, cars and “Dream Houses” encouraged kids to be materialistic. It was Barbie’s appearance that caused the most controversy, however. Her tiny waist and enormous breasts–it was estimated that if she were a real woman, her measurements would be 36-18-38–led many to claim that Barbie provided little girls with an unrealistic and harmful example and fostered negative body image.

Despite the criticism, sales of Barbie-related merchandise continued to soar, topping 1 billion dollars annually by 1993. Since 1959, over one billion dolls in the Barbie family have been sold around the world and Barbie is now a bona fide global icon.

Read Barbie Through the Ages Here. 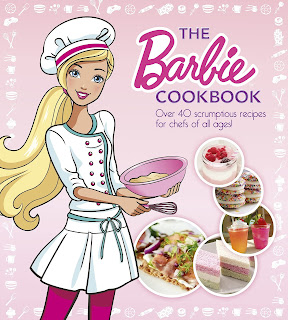 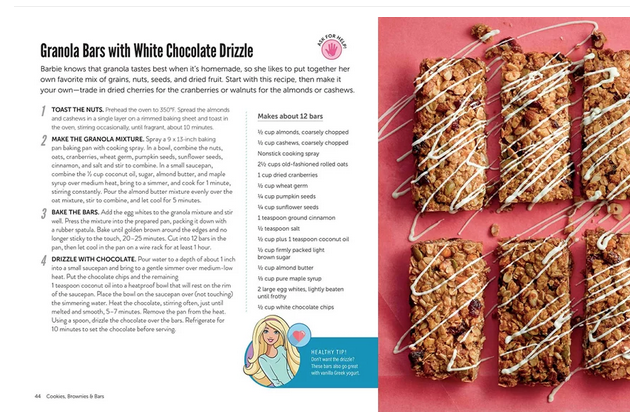 And, you know Barbie is a chocolaholic. She is very partial to See's Candies, as am I. So I finally got my first Barbie doll when I did a special event for the San Francisco Convention and Visitors Bureau. The "I Left my Heart in San Francisco" Barbie.  The other See's Candies dolls are dolls that sell at See's. See photos below. 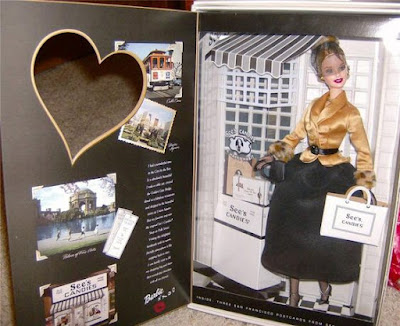 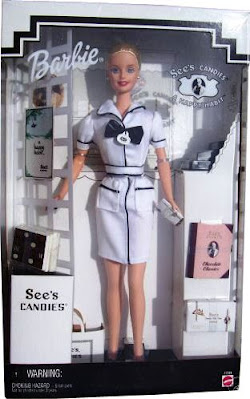 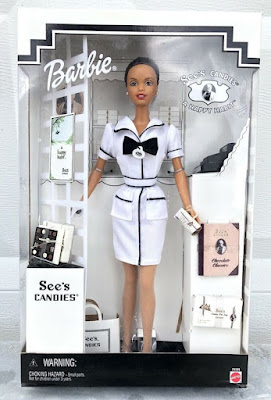 Posted by Janet Rudolph at 7:40 AM

I have a Barbie doll from 1962 and a Midge from 1963. I loved playing with those dolls. I didn't know there was a Barbie cookbook.

I have/had an extensive cookbook collection, which I am steadily giving away. They are interesting to even just look at.