CHOCOLATE PEEPS FOR EASTER: Bunnies and Chicks, Oh My!

Of all my childhood Spring Confection memories, PEEPS stand out. My sister and I still buy each other PEEPS around Easter, although we rarely eat the sugary marshmallow-y creatures any more. She buys me purple rabbits; I buy her classic yellow chicks -- the original PEEPS. You see where this is going? I'm a purist, but since this is a Chocolate Blog, I've made room in my Easter PEEPS inventory for Chocolate PEEPS.

So, PEEPS: You love them or hate them. People do all sorts of things with PEEPS, only some of which involve giving them to kids at Easter or eating them straight from the box. For me, it's the elastic quality of the "old" PEEPS that's fun for me--pulling them apart. 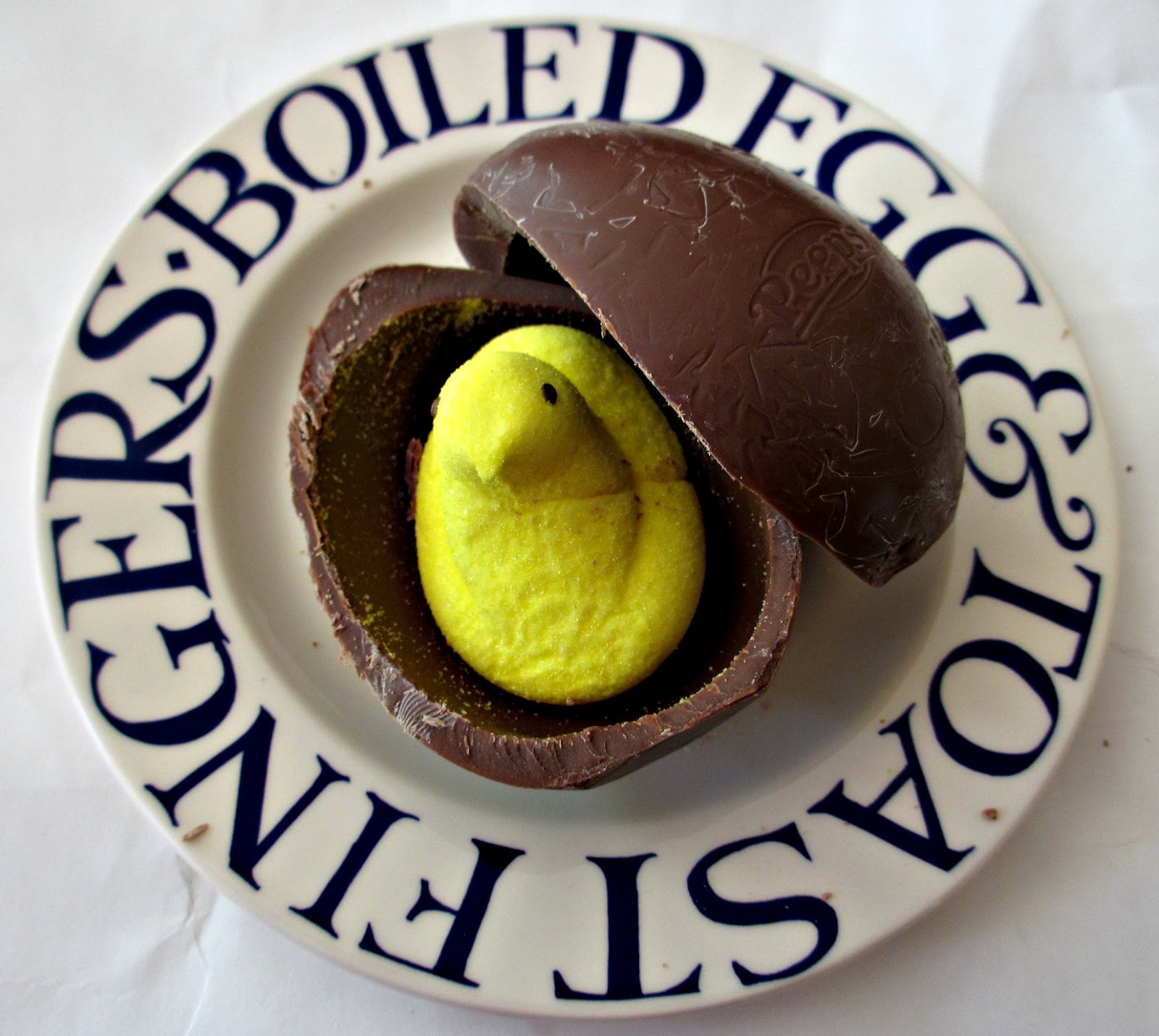 I'm a fan of Chocolate Eggs, and PEEPS has a very fun individually boxed hollow milk chocolate egg with a PEEP chick inside. Maybe it's been around for awhile, but I missed it.

1. Melt some good dark chocolate or milk chocolate (about 16 oz/depending on how many you plan to make)
2. Remove PEEPS from package. I would use Chicks since they're the original, but the other shapes (rabbits, etc) work well.
3. Insert a lollipop stick into the Peep. If you're using the chicks, put stick in the widest part (maybe this is why they're sideways standing up in the packaged ones--and why bunnies work better).
4. Dip the Peep into the melted chocolate. Two choices: Either cover the entire Peep or just dip one end as you would chocolate covered strawberries. Be sure and let any excess drip off.
5. Put on wax paper covered plate or cookie sheet and freeze or refrigerate for 20 minutes.

Posted by Janet Rudolph at 7:31 AM