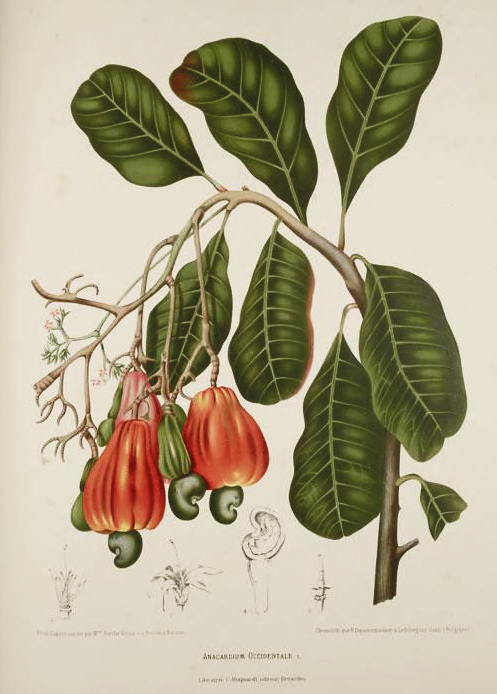 Today is National Chocolate Covered Cashew Day. Contrary to what you might think, Cashews are not nuts. They're really seeds of the cashew drupe, a member of the poison ivy family! The cashew’s seed lining contains a powerful irritant called anacardic acid (which is why they are never served or sold in their skins). The botanical name Anacardium refers to the shape of the fruit, which looks like an inverted heart.

So to celebrate National Chocolate Covered Cashew Day, here's a recipe for Chocolate Cashew Butter. Don't get confused. This is nothing like Nutella, the popular chocolate hazelnut spread. However, it can be used in the same way. It's fabulous on toast! Making your own nut spread is easy. And, since you're in charge of the ingredients, you can play around with them until you're satisfied (less sugar or honey//roasted or raw cashews, etc). The texture of Chocolate Cashew Butter is grittier than you'd expect, but that's what makes it so good! You don't want to refrigerate this nut butter, as the oil will separate. Nothing perishable in the ingredients, so don't worry. This Chocolate Cashew Butter also makes a great gift! This recipe is adapted from TheDabblist.com.