Today is National Frozen Custard Day. Frozen custard has always meant soft serve ice cream to me -- the kind that comes swirling out of a metal dispenser. Frozen Custard was never a substitute for ice cream, though, it was just different.

So today, in honor of the holiday, I thought I'd post some Retro Ads and Signs for Tastee Freez & Dairy Queen. And, if you scroll down there's a recipe for Cheater Chocolate Frozen Custard. 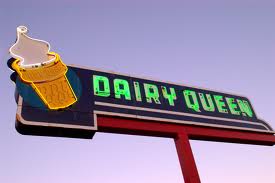 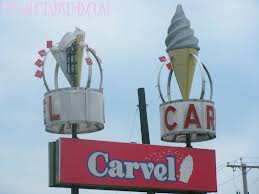 Carvel's Story
According to National Geographic and The Nibble magazine, Carvel's sold ice cream on the street in New York. After a flat tire in Hartsdale, New York, caused his ice cream to begin to melt, he sold the partially melted product as a new treat---and his customers loved it. He opened Carvel Frozen Custard in Hartsdale in 1934 and began to build a series of frozen custard shops along highways. He built a soft-serve machine in 1939. 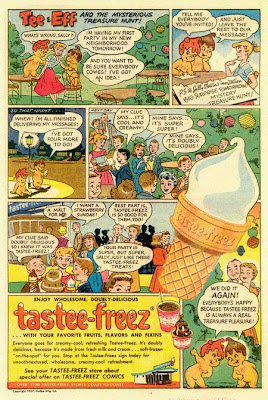