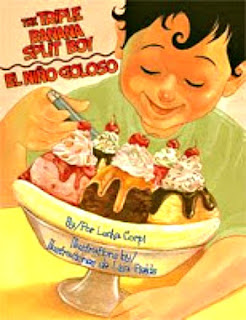 The Birth of the Banana Split like so many food creations does not have a clear invention history. Latrobe, PA claims that the banana split was invented by Dr. David Strickler, who in 1904 was a 23 year-old working at Tassell Pharmacy. This sundae originally cost 10 cents, twice the cost of other sundaes. Dave Strickler, a pharmacist and optician, purchased the pharmacy which was renamed "Stricklers." His banana splits were a big hit with the students from nearby Saint Vincent College and the word spread. According to his daughter, her dad "was always the great experimenter," and he even originated the first banana split dish: "There were no dishes for such a concoction, so he drew up his own," and a company in nearby Grapeville produced it.

The banana split was also showcased at the Boston convention of the National Association of Retail Druggists in 1905. Stinson Thomas, chief dispenser at Butler's Department Store in Boston promoted the banana split there. According to an article about the convention in The Soda Fountain magazine, "among all the beverages dispensed here, none was more novel with the ladies than the banana split." The magazine also quotes Mr. Thomas: "My trade here is always looking for something new and so, one day it occurred to me that I might prepare a popular fountain beverage with a banana. I sent my boy out to buy half a dozen bananas, and when he returned I cut off the ends of a banana, split it open, put a portion of ice cream on top and a spoonful of crushed strawberries. It certainly looked swell, and I believed that the public would like it. As with most new creations though, there was some trial and error. At first we left the peel on the banana in the plate, but some time ago we began removing it altogether. We found that the ladies preferred to have the peel removed."