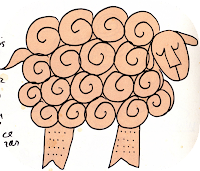 With Easter coming up this weekend, I thought I'd revisit one of my all time favorite Cinnamon roll recipes: Cinnamon Lamb Curls. This is perfect for Easter Brunch ... or for a Rite of Spring luncheon. It's such a fun variation on traditional Cinnamon Rolls. These not only taste great but look terrific for the holiday!

This "Cinnamon Lamb Curls" recipe is from Bread Sculpture: The Edible Art by Ann Wiseman (101 Productions, 1975). And, yes, the stains on the page are mine. The book is a wonderful source for lots of other bread baking, as well. All kinds of tips on dough, bread making, tools, and sculpting bread. If you do an Internet search, you'll probably find a copy of this out of print book. It's a great asset on my shelf. Scroll down for a Chocolate/Cinnamon Alternative to the filling! 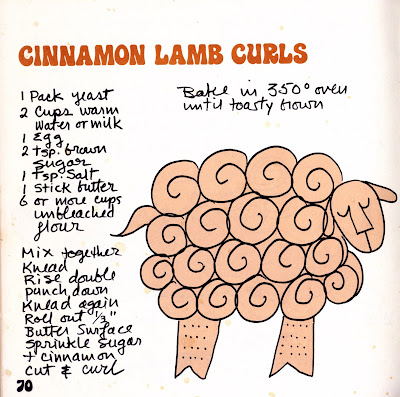 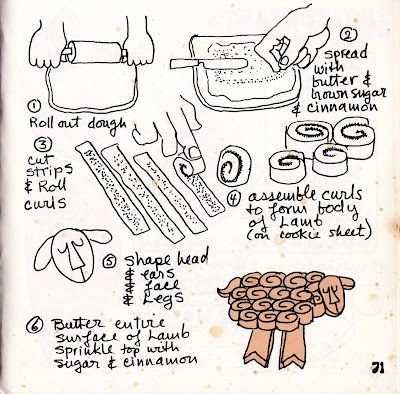 Spread this on the dough before cutting and baking.
Where the recipe says "Spread with butter & brown sugar and cinnamon".. you can substitute:
Spread unsalted butter, room temp (as in recipe)
Then sprinkle with a mix of:
Granulated white sugar
Dark chocolate, chopped fine
Ground cinnamon

Posted by Janet Rudolph at 2:28 PM